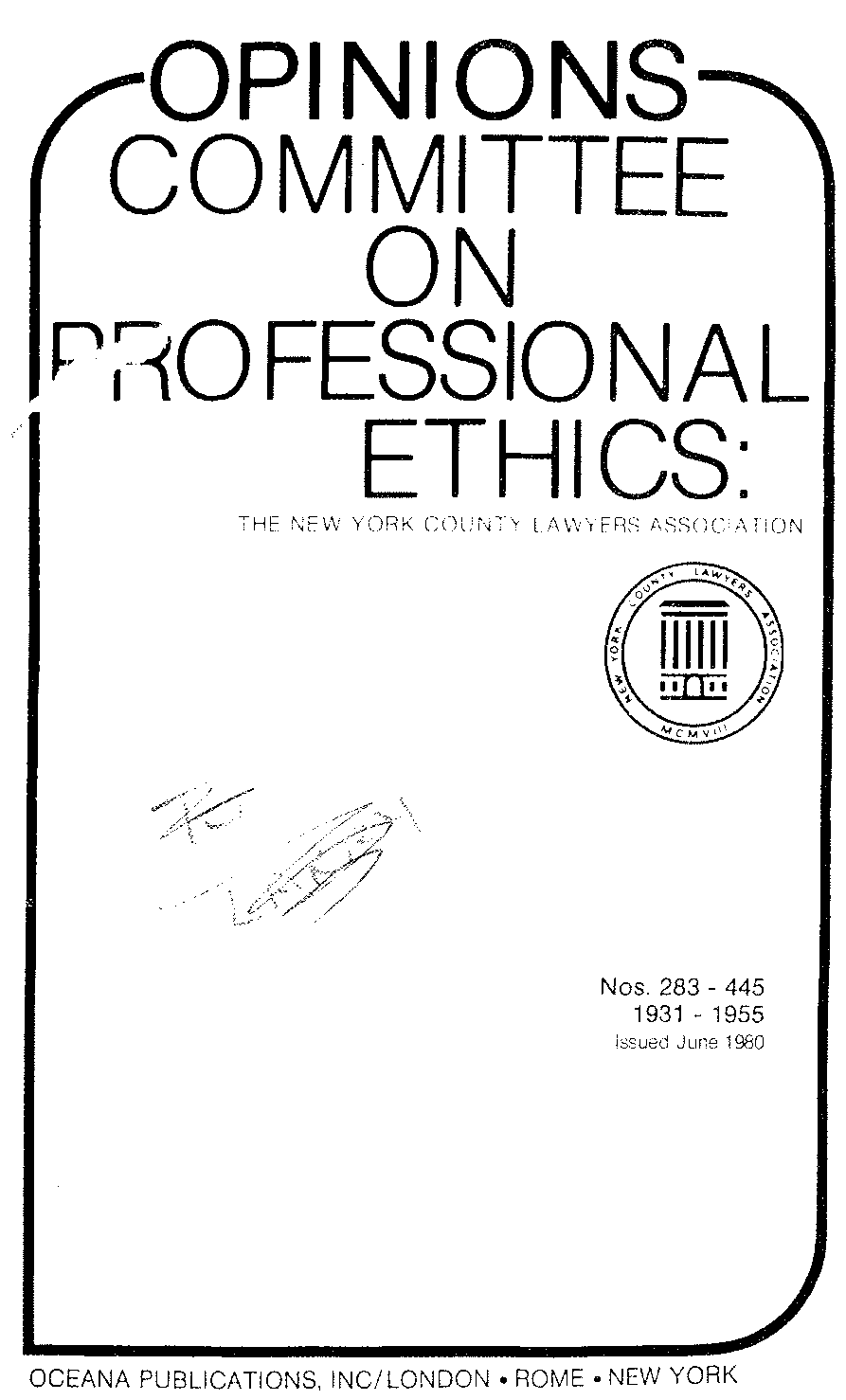 Question. In an action in the municipal court the plaintiffs, in accordance with the statute and rules of Civil Practice, serve a notice of trial by mailing it to the defendant’s attorney at the address designated by the latter for the service of papers. The post office returns the letter with an endorsement thereon that the attorney moved, leaving no address. The plaintiff’s attorney thereupon inquires at the address to which the notice was mailed and is advised that the defendant’s attorney moved without leaving a forwarding address, although none of the disabilities contemplated by Section 240 of the Civil Practice Act exists.

When the case appears on the day calendar for trial the defendant, having no actual notice thereof, fails to appear, and the plaintiff’s attorney advises the Court of the return of the notice of trial. The justice leaves the question of further proceedings to the discretion of plaintiff’s attorney. The attorney then confers with his client and, pursuant to the latter’s directions, an inquest is taken and judgment entered thereon in favor of the plaintiff.

The plaintiff’s attorney advises his client that proceedings to collect the judgment will probably result in a motion to open the default, but that as the judgment was legally entered it is his (the attorney’s) opinion that such a motion cannot be successfully made after the expiration of the year, which is the limitation prescribed by Section 129 of the Municipal Court Code. The client does not wish to take any chances with such a motion and thereupon instructs the attorney to let the matter remain dormant for a year and not to notify the defendant of the judgment, although his address is known to the plaintiff’s attorney.

Is it the attorney’s duty, under the circumstances, to obey the client’s directions; or is it his duty to seek the defendant, notify him of the proceedings taken, and thereby violate the client’s instructions?

Answer. The Committee deems it appropriate, in answering this question, to cite from the Canons of Professional Ethics of the American Bar Association as follows:

Canon 15: “The office of attorney does not permit, much less does it demand of him for any client, violation of law or any manner of fraud or chicane. He must obey his own conscience and not that of his client.”

Canon 24 entitled “Right of Lawyer to Control the Incidents of the Trial” is to the effect that as to incidental matters pending the trial, not affecting the merits of the cause, or working substantial prejudice to the rights of the client the lawyer must be allowed to judge. In such matters no client has a right to demand that his counsel shall be illiberal, or that he do anything therein repugnant to his own sense of honor and propriety.

Canon 29 contains the following, in respect to lawyers: “He should strive at all times to uphold the honor and to maintain the dignity of the profession and to improve not only the law but the administration of justice.”

Canon 30 is as follows: “The lawyer must decline to conduct a civil cause or to make a defense when convinced that it is intended merely to harass or to injure the opposite party or to work oppression or wrong. But otherwise it is his right, and, having accepted retainer, it becomes his duty to insist upon the judgment of the Court as to the legal merits of his client’s claim. His appearance in court should be deemed equivalent to an assertion on his honor that in his opinion his client’s case is one proper for judicial determination.”

Canon 32 entitled “The Lawyer’s Duty in Its Last Analysis” contains the following: “No client, corporate or individual, however powerful, nor any cause, civil or political, however important, is entitled to receive nor should any lawyer render any service or advice involving disloyalty to the law whose ministers we are.” And again: “He advances the honor of his profession and the best interests of his client when he renders service or gives advice tending to impress upon the client and his undertaking exact compliance with the strictest principles of moral law.” And again: “But above all a lawyer will find his highest honor in a deserved reputation for fidelity to private trust and to public duty, as an honest man and as a patriotic and loyal citizen.”

Canon 41 is as follows; “When a lawyer discovers that some fraud or deception has been practiced, which has unjustly imposed upon the court or a party, he should endeavor to rectify it; at first by advising his client, and if his client refuses to forego the advantage thus unjustly gained, he should promptly inform the injured person or his counsel, so that they may take appropriate steps.”

Canon 44 entitled “Withdrawal From Employment as Attorney or Counsel” contains the following: “The lawyer should not throw up the unfinished task to the detriment of his client except for reasons of honor or self-respect. If the client insists upon an unjust or immoral course in the conduct of his case . . . the lawyer may be warranted in withdrawing on due notice to the client, allowing him time to employ another lawyer. So also when a lawyer discovers that his client has no ease and the client is determined to continue it; or even if the lawyer finds himself incapable of conducting the case effectively.”

It appears that the plaintiff’s attorney had means of ascertaining, by reasonable inquiry, where a notice of trial could be effectually served. The Committee is of the opinion that under the circumstances it is not honorable conduct for the lawyer to withhold the information from the defendant, notwithstanding the instruction of the client.